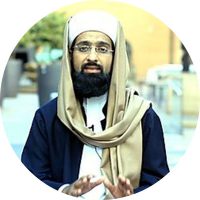 Shaykh Mohammed Aslam memorised the Quran from an early age, after which he embarked on a path of seeking sacred knowledge. He ultimately travelled to Damascus where he undertook extensive private studies as well as enrolling in the Mahad al-Fath al-Islami seminary from where he graduated after six years of full time study.

On returning to the U.K, he enrolled in Post-graduate studies at the same time as serving as Imam Khatib of one of the largest mosques in Birmingham. Shaykh Aslam established The City of Knowledge Academy which serves as a bustling hub of educational activity as well as also advising various community and grassroots projects around the city.